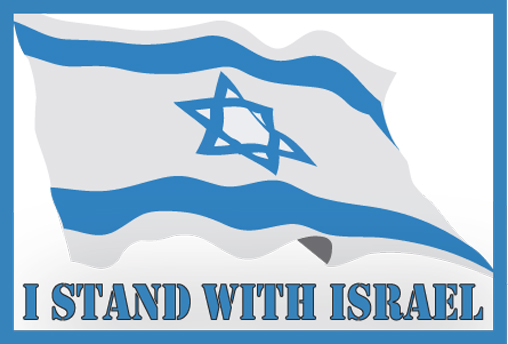 My profile photo on Flickr is the flag of Israel with the words I stand with Israel. Someone from Turkey (I think) asked me on Flickr, very politely, to explain why I support Israel. This is my answer to him:

I hope you are well, too.

Thank you for your kind question.

The reason I support Israel is that I am a Christian and I believe that the Jews are God’s chosen people and that the land of Israel was given to them as an eternal heritage.

Here’s some bible passages that I base my beliefs and thinking on Israel and the Jews:

For you are a people holy to the LORD your God. The LORD your God has chosen you out of all the peoples on the face of the earth to be his people, his treasured possession.

THE LAND OF ISRAEL GIVEN TO JEWS FOR EVERLASTING POSSESSION

“For, lo, the days come, saith the LORD, that I will bring again the captivity of my people Israel and Judah, saith the LORD: and I will cause them to return to the land that I gave to their fathers, and they shall possess it. And these [are] the words that the LORD spake concerning Israel and concerning Judah.” Jeremiah 30: 3,4

The most important prophecies in the Bible are of course the ones that talk about Jesus, who was born as a Jew from his mother’s side but was and is God on his father’s side, meaning that Jesus is God who became man to take and carry all our sins so that we would not have to die. (Because God said the wages of sin is Death.) So, if we repent of our sins and believe that Jesus is God we will be saved based on his death and resurrection. This is the best news in the world!

Jesus loves you, too.

One thought on “Why I Stand with Israel”